Discover the 10 secret jewels of Barcelona

Discover the 10 secret jewels of Barcelona 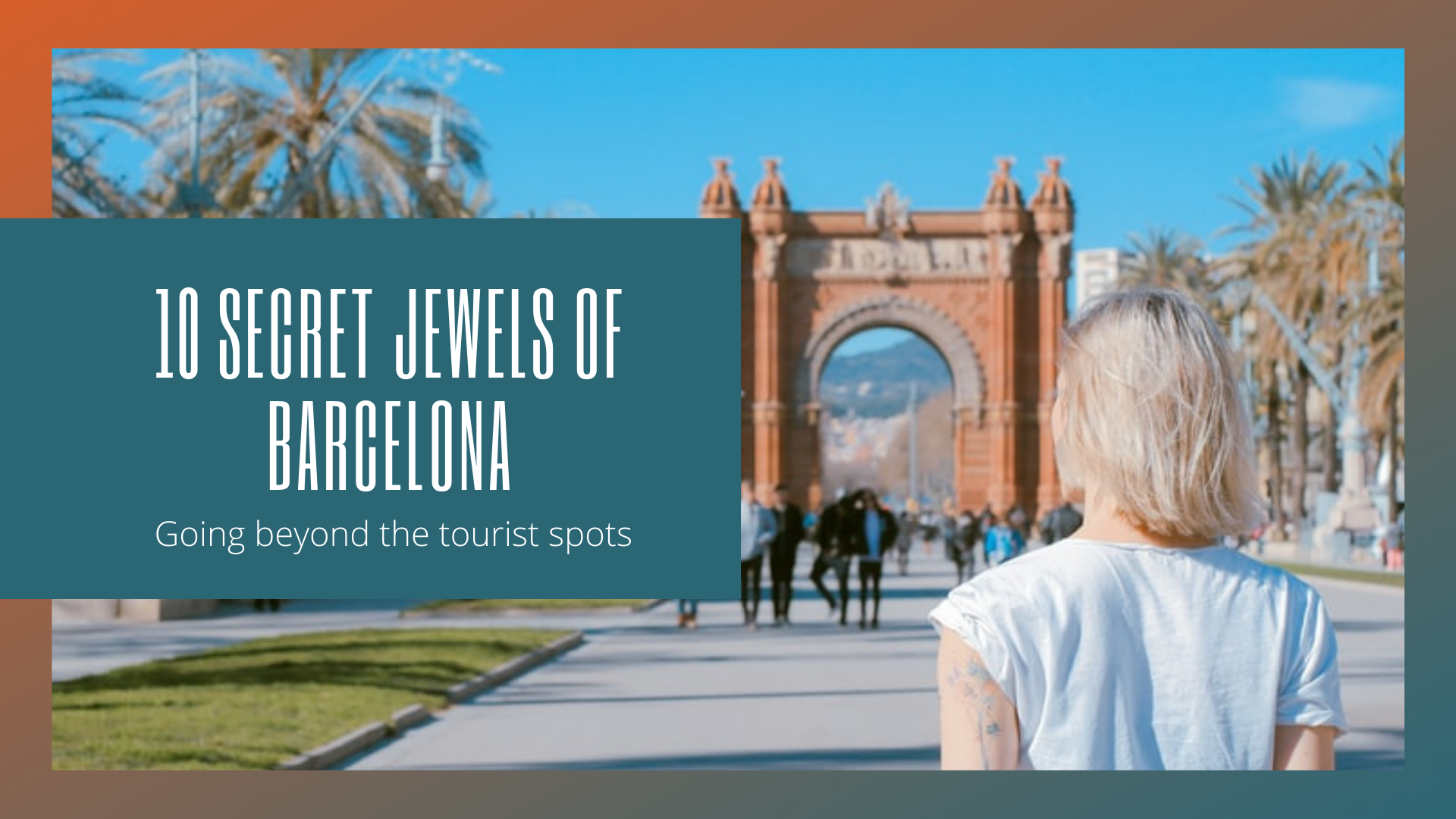 Welcome to the secret PlayVisit guide of Barcelona.

We are going to focus on how you discover Barcelona as a local, and that is, Barcelona hides hidden corners and secret jewels that you must know wheter or not you are alive in the city. Ready?

Welcome to Barcelona! The Catalan and Mediterranean city, which includes thousands of years of history, is not only the city of Gaudí, but also a city of contrasts considered one of the most cosmopolitan and avant-gardee city in the spanish country.

Now comes the fun part. Let’s talk about the 10 jewels and secret places that you should know if you visit Barcelona.

The park includes the oldest preseved garden in the city. The neoclassical garden that contains a labyrinth inside, a historical garden formed by cut cypress tree that can be visited in the lower part of the park. ull of ponds, fountains and sculptures.

An old hispital built in the 14th century. In the heart of the Raval, localted in a fantastic 15th century building that includes agarden and other outbuildings. Since 1931, the Library has been in this place and concentrates more than 8,820 m2, and houses no more that three million copies.

From the heights of the National Museum of Art of Catalonia (MNAC) you will discover two terraces-viewpoints a panoramic view of the city until unknown. A 360 degree view where you can enjoy the skyline of Barcelona.

The clandestine bars are back. Look for hidden doors in barbershops, bookstores and refrigerators.

One of the best known is Bobby’s Free, for 40 years it was an Irish bar. The bar hides behind a barber shop where you will have to say the secret password to acces. A secret; You can find it on social networks. Another is Paradiso, which appears to be a refrigerator. Behind the fridge door you will find wow and trendy cocktails.

They are constructions a few meters underground to shelter the population form airs attacks and resist the bomb of the Civil war. Only in Barcelona there are around 1400. One of the most famous is shelter 307 in Poble Sec with capacity for 2000 people. The neighbohood was one of the worst hit by the bombs.

An unexpected emblem hidden in one of the stained glass windows that surprises visitors to the church. Restoration work resumed after the war, and in the 1960s it was decided to replace the stained glass window destroyed by war fire. To do this, a sponsorship campaign was promoted through unions and entities in the city, including FC Barcelona.

This old anti-aircraft battery that was built during the civil war. From here you can enjoy one of the best views of the entire city. Although it is popularly known as a bunker, it never existed as such.

The cloister of the Cathedral is in the Gothic style and was built between the 14th and 15th centuries.

In the center of the cloister there is a garden with palm trees, magnolias, an orange tree and a fountain dating from the mid-15th century, where the traditional “ou com balla” (the egg as it dances) takes place on the occasion of the Corpus Christi festival. . The thirteen white geese of the Cathedral stand in a large pond in the cloister.

Barcelona hosts many activities to do with children, but one of the most fun is the famous giant slides on the Montjuïc mountain. You will find two of them in the middle of the forest.
They are linked by a platform for children to climb and access the slides again and again.

Under the modernist building of Paseo de gracia you will be impregnated with the smell of chocolate. A modernist style cafeteria with a lot of charm and a terrace where you can enjoy the well-known hot chocolate throughout the year.

And, if you want more about anecdotes, secrets and legends of Barcelona visit our urban games.